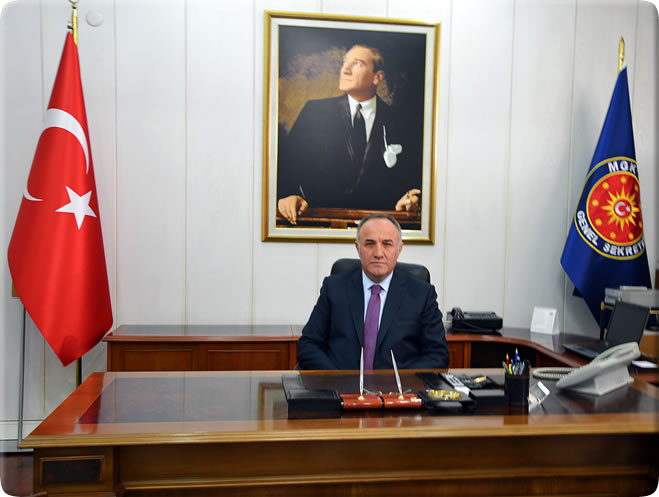 Governor Seyfullah Hacımüftüoğlu was born in 1960 in Çaykara, Trabzon. He graduated in 1984 from Ankara University Faculty of Political Science. He started his career in 1985 as a candidate District Governor under the auspices of Provincial Governor of Trabzon. Afterwards, until 2005, he successively served as

In 2005 Mr. Seyfullah Hacımüftüoğlu was appointed Vice-President at the State Personnel  Presidency. Between 2007-2009, he concurrently served as Deputy Undersecretary of the Prime Ministry and as Chairman of the Administrative Board of the Media Announcement Institution. Following his position as Provincial Governor of Rize to which he was appointed on 29 August 2009, he served as Undersecretary of the Ministry of the Interior under a Decree dated 19 May 2012. Governor Hacımüftüoğlu has assumed the Office of the Secretary General of the National Security Council upon his appoinment on 16 September 2014.